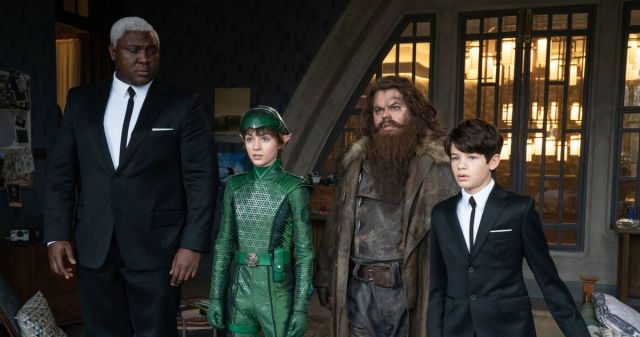 Here is a curious one. Artemis Fowl, as a film property, has been kicking around for the better part of a decade, with this particular version first put into the pipeline in 2013. It managed to get a great director in Kenneth Branagh, a great cast made up of established veterans and a few promising newcomers, and had the backing of 20th Century Fox, and then the Disney machine. Yet long before COVID put paid to its chances of a theatrical release, the film seemed to have hit a wall, its filming finished in the summer of 2018, and yet curiously unreleased for the better part of two years.

Part of that reason for that delay might be the finished product’s running time, nearly a half hour shorter than initially advertised. It’s impossible to escape from the sense that Artemis Fowl, adapted from a series of very successful novels by Irish author Eoin Colfer, was a disaster in the making, one that Disney had decided to take a bath on by releasing it on its streaming service, where it couldn’t hope to make back its substantial budget. I’ve never read any of the books but I was intrigued by Artemis Fowl, its premise, its cast and its director. Did they rise above the low expectations, or was this a dramatic, and expensive, mis-step?

Child genius Artemis Fowl Jr (Ferdia Shaw) lives in a seaside mansion with his father (Colin Farrell) who imbues in his son an appreciation and understanding of the mythical fairy world. When his father goes missing, taken hostage by a villainous member of that actually existent world, Artemis must find a powerful magical artifact to free him, also being sought by fairy law enforcer Holly Short (Lara McDonnell) and her boss, Commander Root (Judi Dench). Along for the ride are servant Butler (Nonso Anozie), overly-large dwarf Mulch (Josh Gad) and best friend Juliet (Tamara Smart) with Artemis the only thing standing between the human and fairy worlds, and their destruction.

I’ll say this about Artemis Fowl: it is a film that has an Irish director, an Irish writer, that is based on a book by an Irish author, with a largely Irish cast, that is largely based, and filmed, in Ireland. And yet, despite all of these things, it is a film that routinely mispronounces “Ireland”. There is no better sign of how little care seems to have gone into this production, that is groaning under the weight of a plethora of problems.

From the moment it begins, you’re wondering about Artemis Fowl. The film is framed as an interrogation of recently arrested dwarf Mulch, given passable screen presence by the excellent, but under-the-kosh-here, Josh Gad, which essentially amounts to a stream of exposition the film has no time to actually outline naturally. When not being amazed at Mulch’s plot pivotal ability to tunnel by eating the ground – and expelling out of his backside, at speed – you will probably get very sick, very quickly, with the way in which he seems to have been called upon to connect the dots in a plot that has been cut to ribbons in the editing room.

It’s just a mess really. Vital stuff seems to have been cut out here, to the point when important events in the narrative occur way too quickly, like changes in characterisation or character relationships that are pivotal to the story being told (Tamara Smart’s character is introduced as someone quite important for example, but ends up barely being involved). With the villain reduced to being a shadowy voice underneath a hood in a few scenes, there isn’t a natural point for Artemis Fowl to pivot around, with the search for an ill-defined MacGuffin really failing to make an impression. So much else is off from a pacing standpoint: the first and second acts that are way too short, the Fowl manor set-piece that should be in the middle of the film but instead becomes a far-too-elongated finale, and the film’s actual ending, which is far too rushed to be in any way satisfying. Artemis Fowl constantly feels like it is in a rush to be finished, like it’s just the prologue for something bigger. Maybe that was the idea. 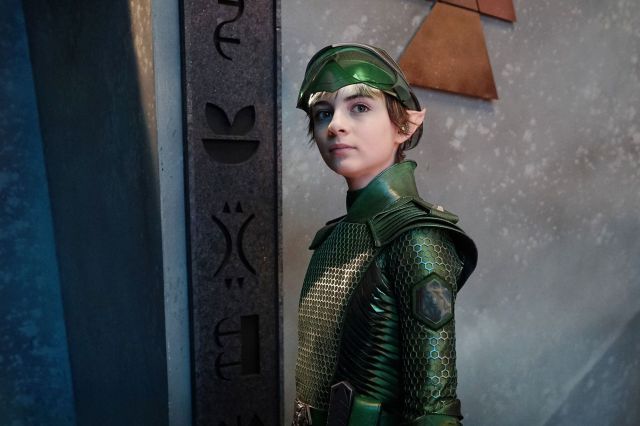 Lara McDonnell is the best of a disappointing cast.

It’s a shame because there is an absorbing world to play with here. Ferdia Shaw’s Artemis is an interesting figure, with plenty of story-telling potential, but somewhere around the half-way point he stops being interesting and just becomes a very unlikely Sherlock, who has all the answers to questions the audience won’t be interested in asking. I’m given to understand that the written version of this character is an anti-hero of sorts, a “criminal mastermind” who is more black-hat than white. The screen version has a bit of a snarky bite to him, but you’re never in any doubt that he’s on the side of the angels (or the fairies rather) even though he declares, very ineffectively near the conclusion, that he is a criminal mastermind really. It might help if Fowl actually committed some crimes. A coming-of-age tale, not unlike that in Branagh’s Cinderella, was possible, but fell at the wayside. The child actor probably doesn’t exist who could make good with this script, that paints Fowl as far too drab.

The fairy world is well-realised (maybe not quote “Die Hard with fairies” as Eoin Colfer has described it), and could be better painted as a Harry Potter-esque world with an edge. Lara McDonnell is probably the true stand-out of the cast, a rookie cop out to clear her father’s name of a crime he didn’t commit. The glimpses of an entertaining universe, from the goblin prison to the fairy newsroom and onto using time-halting technology to hide supernatural occurrence from the world at large, are all here. But it’s too shallow in its presentation, and needlessly distracting in its twee execution: one could definitely have done without fairy police chief Judi Dench saying the words “Top o’ the morning to ya” with a gravelly Oirish brogue.

That’s something else that also needs some attention. The film is a good advertisement for certain Irish locations, but betrays a “diddly-eye” sentiment that can only produce scoffs from any Irish person. The mispronunciation of the island’s name, the repeated tourism-slogan insistence that Ireland is the most magical place in the world and the accents on display from actors who shouldn’t be called upon to do them all point to a production that executives were keen to make appealing to, I daresay, a certain American demographic. It’s their job to improve the film’s appeal of course, but I would argue it should not have been done at the expense of challenging traditional perceptions of leprechaun infested and backwards Ireland, where the Hill of Tara is described as having no human habitation nearer than the coastline: the first example of a film I have encountered that seems to want to negate my own personal existence.

The list of questions that need answers piles up and up throughout Artemis Fowl: what is the “Aculas” exactly, and what does it do? Why does Artemis Fowl Sr take such an interest in the underworld? Does Holly’s father really just hand the MacGuffin over to Fowl Sr? Is Fowl Sr really a master-thief of antiquities, or was that a set-up? Why is the “time field” collapsing around the Fowl Manor such a big deal? Is that same time field killing fairies who get caught up in it? Why does Holly just suddenly decide to become best friends with Artemis? Did they really name the centaur character “Foaly?” Do all dwarves dig by eating earth and then excreting it out in rapid fashion? Why did MI6 arrest Mulch in the first place? Why did the Fowls want to bust him out of prison, and how are they able to just fly up that prison with no-one noticing? Where are the Fowls going at the end exactly?

The film looks good at least, It would want to, what with this budget and this director. Kenneth Branagh has done much better with similar material in the not too distant past, so I am inclined to think that the faults of Artemis Fowl should not fall entirely on his shoulders. He gets good performances out of most of the cast, and the cinematography cannot be seriously faulted. The action sequences are engaging, most notably when Fowl Manor gets torn apart by a troll, but perhaps they don’t come often enough (the only other action scene of consequence involves the same troll running amok in an Italian wedding). The CGI is well-executed or the most part, though I’m sure it was designed to be more of a big-screen experience.

I will say that when I first heard about this film I actually did have high enough expectations. This director, this cast, this amount of money, it should have been able to come up with something at least passable. But, with the exception of a couple of performances and aspects of the presentation, Artemis Fowl is a disappointment. Its story is badly edited, poorly-paced and not at all engaging. Its script creates characters that you can never fully relate to, most obviously in the case of the titular lead that they want to present as an intriguing Moriarty with a heart of gold, but who mostly comes off as a cold, aloof and incomplete person. One wonders what that extra half-hour might have contained, and if it would have been enough to save Artemis Fowl. Honestly, I have my doubts: seeing as how this was a streaming release, it makes little sense for it to be cut down in the first place, unless the larger beast was even worse. This could have been done a lot better, and created a new franchise: as it is, Artemis Fowl looks less like a new Harry Potter and more like a one and done. Not recommended. 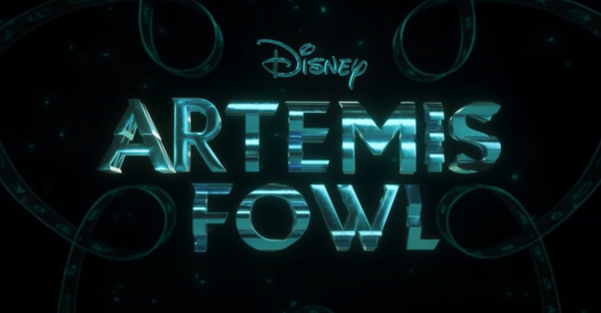 There’s a Macbeth quote in there somewhere.

(All images are copyright of Disney+).